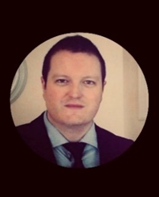 Sorensen would like to extend a warm welcome to our new HSQE Manager, Ronan Walsh. Ronan joined the Sorensen team this month and he brings a wealth of experience and knowledge in construction health and safety. We look forward to introducing Ronan to the wider project teams and our client teams in the coming weeks. 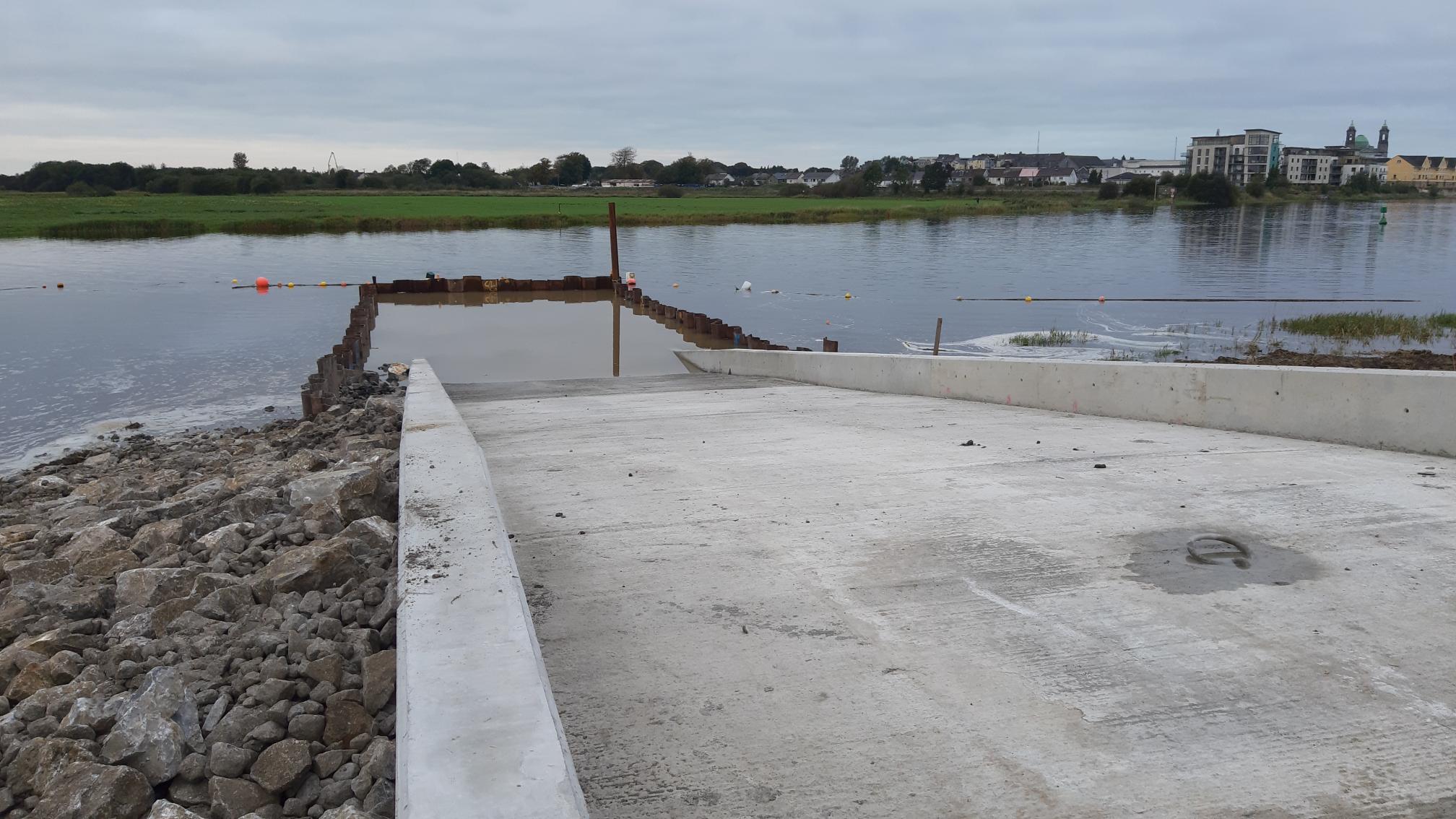 Sorensen has successfully completed construction of a reinforced concrete slipway for Waterway’s Ireland at Burges Park, Athlone, Co. Westmeath. The project involved the construction of 41m long x 6m wide slipway, founded on 19no. PCC piles with surrounding rock armour acting as scour protection. All works were safely completed within a three-sided cofferdam constructed by Sorensen. The location of the works required the implementation of significant environmental controls including silt curtains, silt fencing, settlement tanks, silt boxes, silt bags and turbidity & pH monitoring to ensure that the works did not have any negative impact on the River Shannon and the surrounding environment. The construction of the new slipway will allow Emergency Services access to the River Shannon in the event of an emergency south of Athlone rather than having to go to Shannonbridge which is 26km away or having to pass through the Athlone Lock which has restricted operating hours.

Our IDA Waterford Infrastructure Upgrade Works Project has commenced in the Waterford IDA Industrial Estate. The Sorensen site team has established an excellent working relationship with the adjacent businesses within this busy Industrial Estate. Surfacing work has been safely completed on one of the roads to date and our extensive traffic management arrangements are operating successfully throughout the estate. The project is due for completion late 2022. 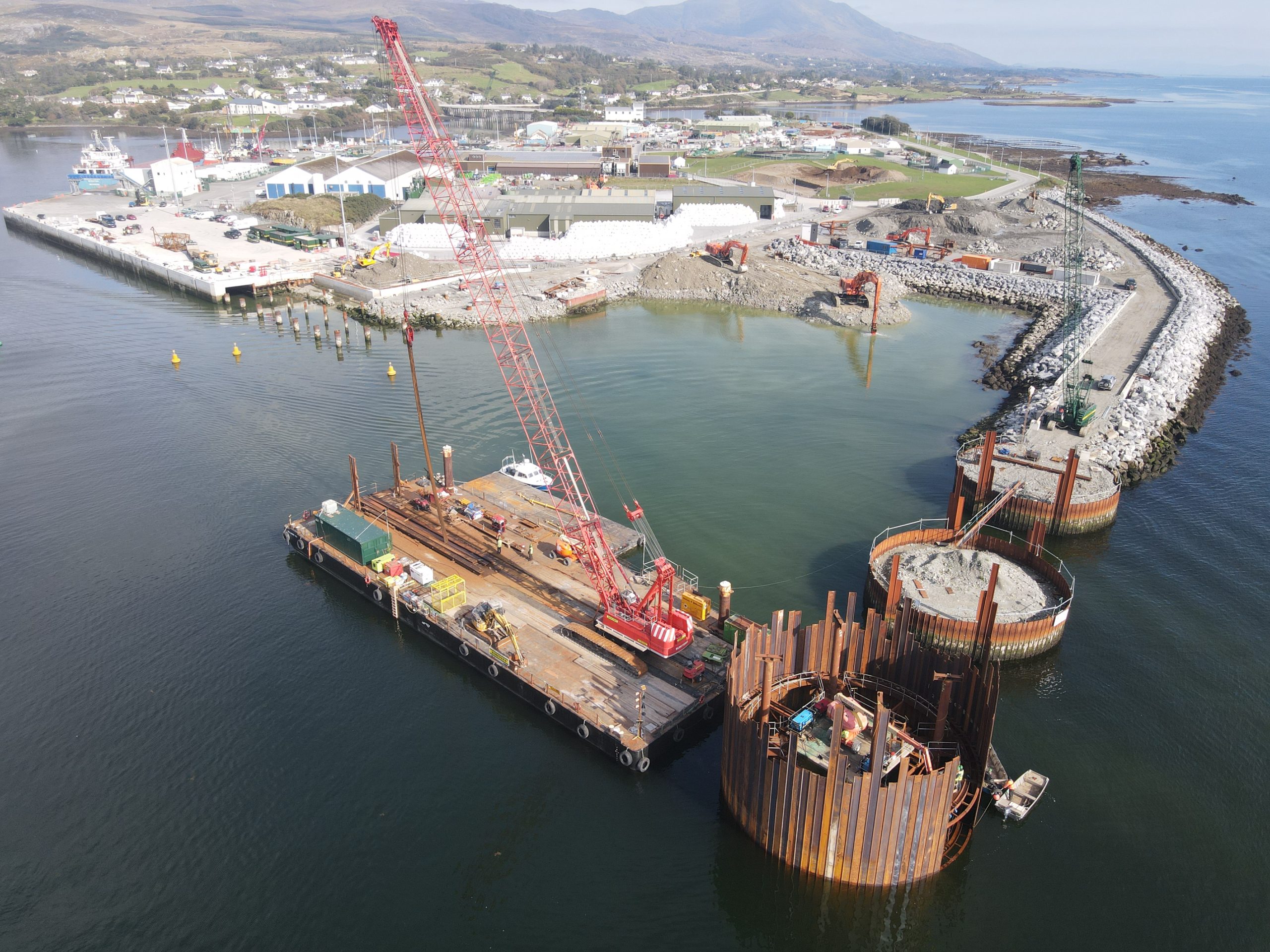 Fantastic progress has been made by our site team in Dinish Island in recent weeks. The piling works on cell 3, which forms part of the eastern breakwater, is nearing completion. The cell is 17.3m in diameter and requires 108 flat piles to be installed to form its circumference. The RC bank seat of the extension for the quay deck has also been completed with works on the steel piles ready to commence in preparation for the delivery of precast units. Foyle and Marine Dredging continue to carry out dredging works in the basin and will move into the navigation channel and berth pocket in the coming weeks. 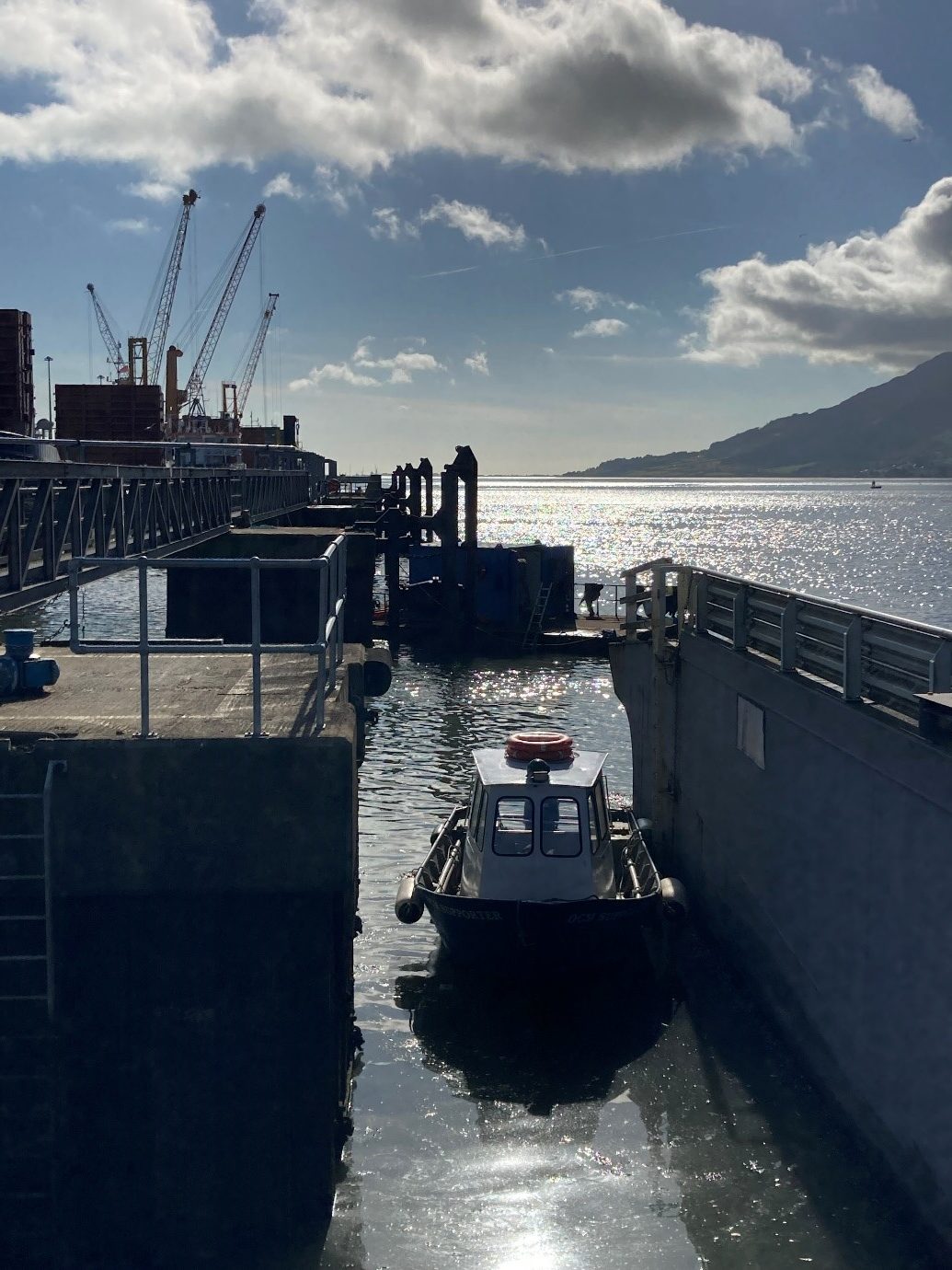 Sorensen has recently commenced works for the Harbour Authority at Warrenpoint, outside Newry in Co. Down. The project consists of remedial works to two berths within the harbour. Works began with an extensive dive survey for the existing dolphins followed by plate repairs to the existing sheet piles. 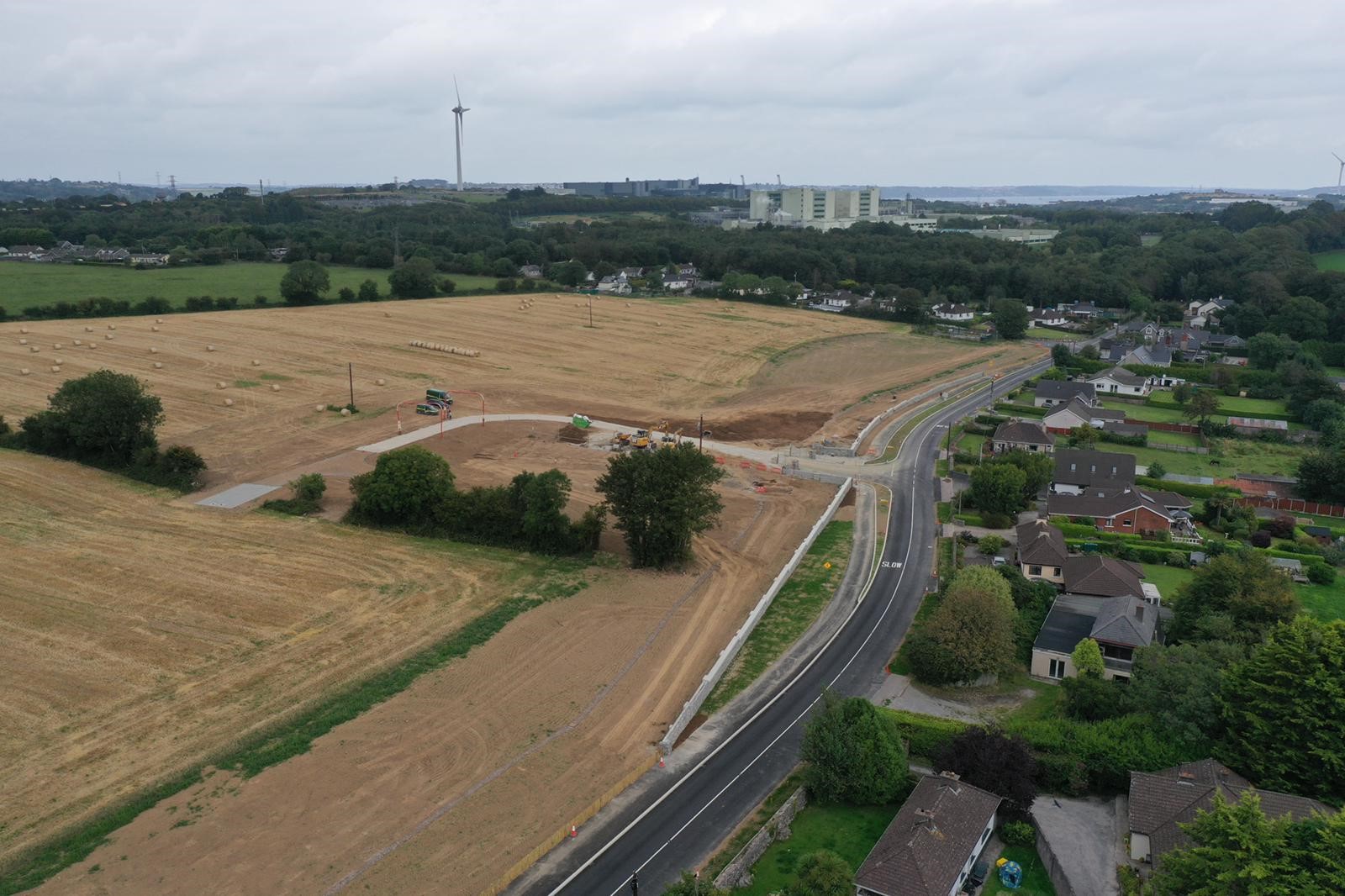 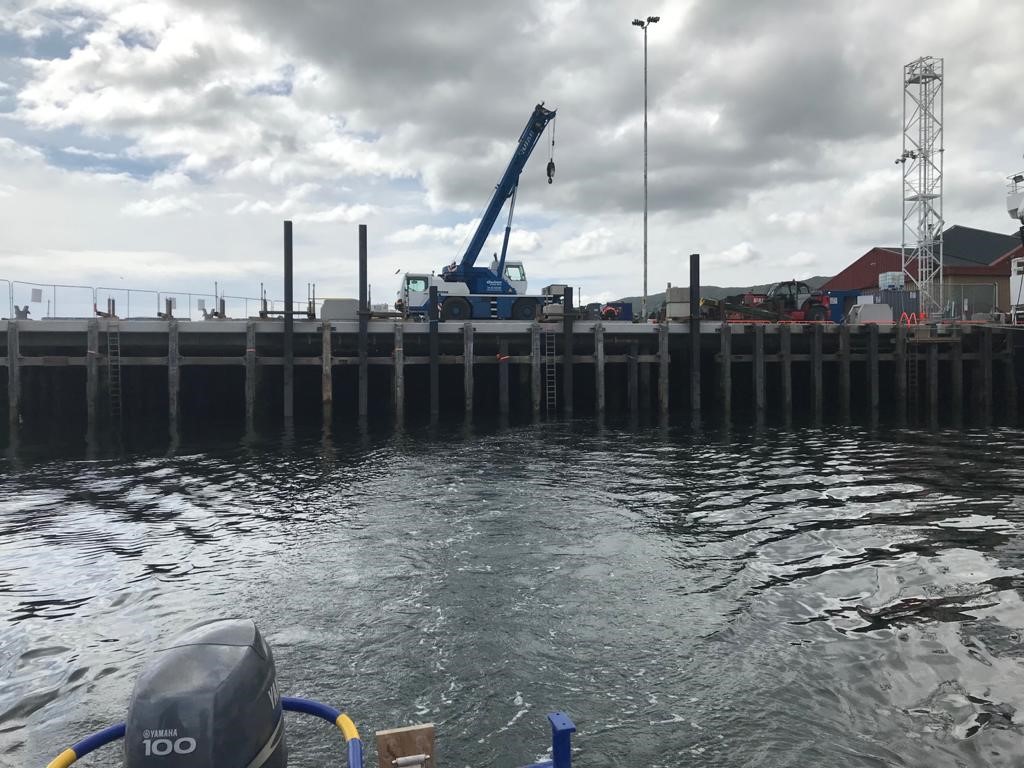 Sorensen has recently completed the works at Killybegs Fishery Harbour, Co. Donegal. The project involved the installation of new timber and steel fender piles along with repairs to the concrete deck. The project was completed safely and on time on behalf of our client the Department of Agriculture, Food and Marine.